The Yuan was little changed on the release, but USD/CNH moved higher as the Greenback caught a bid on reports that the incoming Biden administration is aiming for a much larger stimulus relief package than previously thought. According to CNN, aides to President-elect Biden have discussed a figure near $2 trillion with some in Congress. 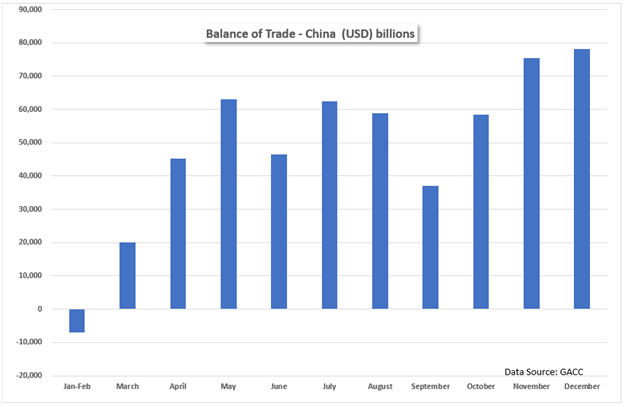 While China’s trade data bodes well from a global growth standpoint, markets are focusing on prospects for increased fiscal spending in the United States. The 10-year Treasury yield climbed nearly 3% as markets digested the news. Meanwhile, gold prices sank, with XAU/USD dropping below the 1835 handle. The risk-sensitive Australian Dollar – which typically reacts well to upbeat Chinese economic data due to the two countries’ close trading relationship – fell against the rising USD, despite the improved trade balance. 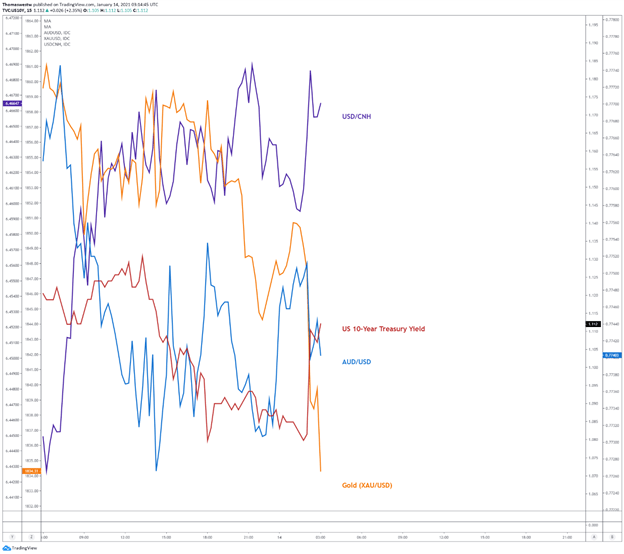