All Eyes on One Central Bank

In this edition of Central Bank Watch, we’ll review the speeches made in the past week by various Federal Reserve policymakers, including Fed Chair Jerome Powell at the Senate Banking Committee on Tuesday. He’ll be speaking again on Wednesday, February 24 to the House Financial Services Committee on day 2 of the Humphrey-Hawkins testimony.

Are rising US Treasury yields foreshadowing a rise in inflation? By recent accounts, Fed policymakers aren’t worried – or don’t care. Many policymakers have acknowledged the likely near-term bump in price pressures thanks to a transitory base effect, and continue to point to some of the alarming statistics around the pandemic as the rationale for the Fed’s extraordinary easing efforts.

February 17 – Rosengren (Boston Fed president) downplays inflation concerns, saying that he “would be very surprised if we see a sustained inflation rate at 2% in the next year or two with labor markets as disrupted as they have been.” Meeting minutes from Fed’s January 26 to 27 rate decision are released, and the overall opinion is that it would be “some time” before QE was altered or interest rates were raised.

February 19 – Williams (New York Fed president) says that higher US yields reflect optimism over US economy, not fears, saying “we’re seeing signs of rising inflation expectations, back to levels that I think are closer to consistent with our 2% long-run goal, and signs of somewhat higher real yields off in the future, reflecting greater optimism in the economy.”

February 22 – Barkin (Richmond Fed president) downplays inflation fears, going so far as to say “there are disinflationary pressures that are quite profound and seem to be continuing.” He also pushed back on a potential statistical base effect-induced spike in price pressures, noting that “inflation is not a one- or two-month spike in prices; inflation is a change in expectations for the medium and long term.”

February 23 – Powell (Fed Chair), speaking to the Senate Banking Committee, made clear the Fed’s commitment to low interest rates and bond buying. He described the US economy as having “not made substantial further progress in [the] last three months,” establishing the framework for which he would argue that more monetary support is needed. Powell also downplayed inflation fears, saying that he’s “not expecting large or persistent inflation increases,” nor does he expect a “burst” of fiscal spending to fuel inflation; further, he said that “as seen in recent years,…deficit spending” does not lead to “sustained inflation.” Lastly of note, Powell said that “Fed moves will come with a lot of advance warning.”

Accordingly, after Fed Chair Powell’s testimony on Tuesday, interest rate expectations remain firmly anchored: Fed funds futures are pricing in a 93% chance of no change in Fed rates through January 2022. The bottom line: don’t expect the Fed to do anything anytime soon. 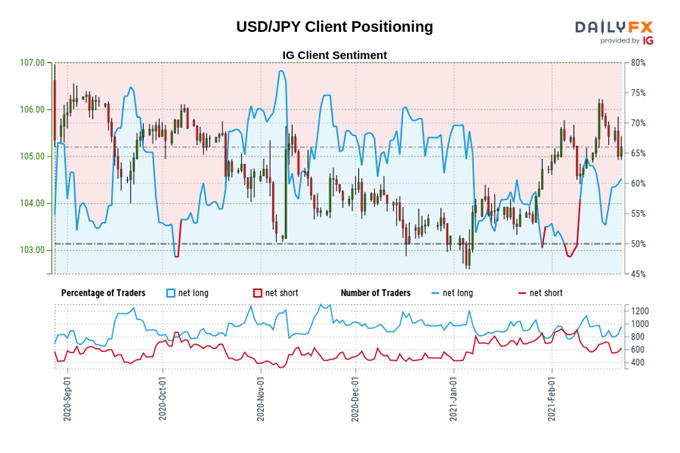