Asia-Pacific markets may benefit from a broader sense of risk-taking in the market following an upbeat session on Wall Street. The New York trading session saw US inflation data for March cross the wires, with core inflation – which excludes volatile food and energy prices – coming in at 1.6% on an annual basis versus 1.5% expected. The tech-heavy Nasdaq 100 led US equities higher, closing with a 1.21% gain.

The safe-haven US Dollar failed to move higher despite the beat on inflation. That may be because markets view the uptick as a transitory event following dovish comments from Federal Reserve members saying the same. That said, a sustained increase will be necessary for markets to capitulate to any real rise in prices, even with inflation expectations continuing higher. Not long ago, many viewed the run in Treasury yields as a test of the Federal Reserve’s conviction on inflation policy – the Fed’s resolve dissuaded those notions, however.

A strong 30-year Treasury auction also posed headwinds to the Greenback. The Treasury Department reported a 2.320% high yield with a better-than-average bid-to-cover ratio of 2.47. An auction’s bid-to-cover ratio provides a gauge of demand by measuring bids received versus those being auctioned. A higher ratio shows greater demand.

The RBNZ is likely to maintain its dovish policy outlook. That said, both the Aussie-Dollar and Kiwi may be set for some event-driven movement today. One notable development to factor into the RBNZ’s decision making process is the decline in real estate investors in New Zealand’s domestic economy, which is likely to bode well for ongoing dovishness in central bank policy. 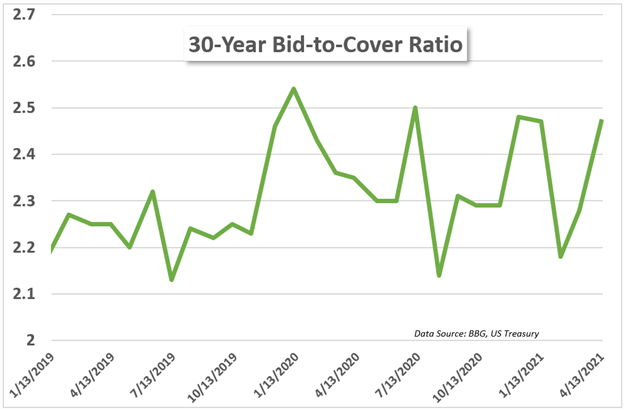 The Australian Dollar has been in a phase of consolidation over the past few weeks with a slight drift higher from the neckline of a Head and Shoulders pattern. While prices have fallen below the 100-day Simple Moving Average, a trendline from the February swing high may give way to a directional break within the next couple of days. MACD is trending higher toward its center line. 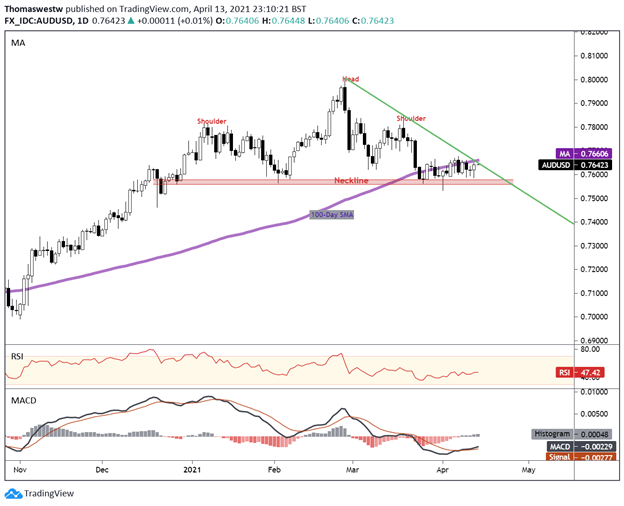