News Ticker
So we move into May. We know April followed the pattern.

I have seen so many blogoland posts re. ‘Sell in May’. Possibly I’m looking for it (confirmation bias) or it just seems that it is a real thing atm. Looking at last year: 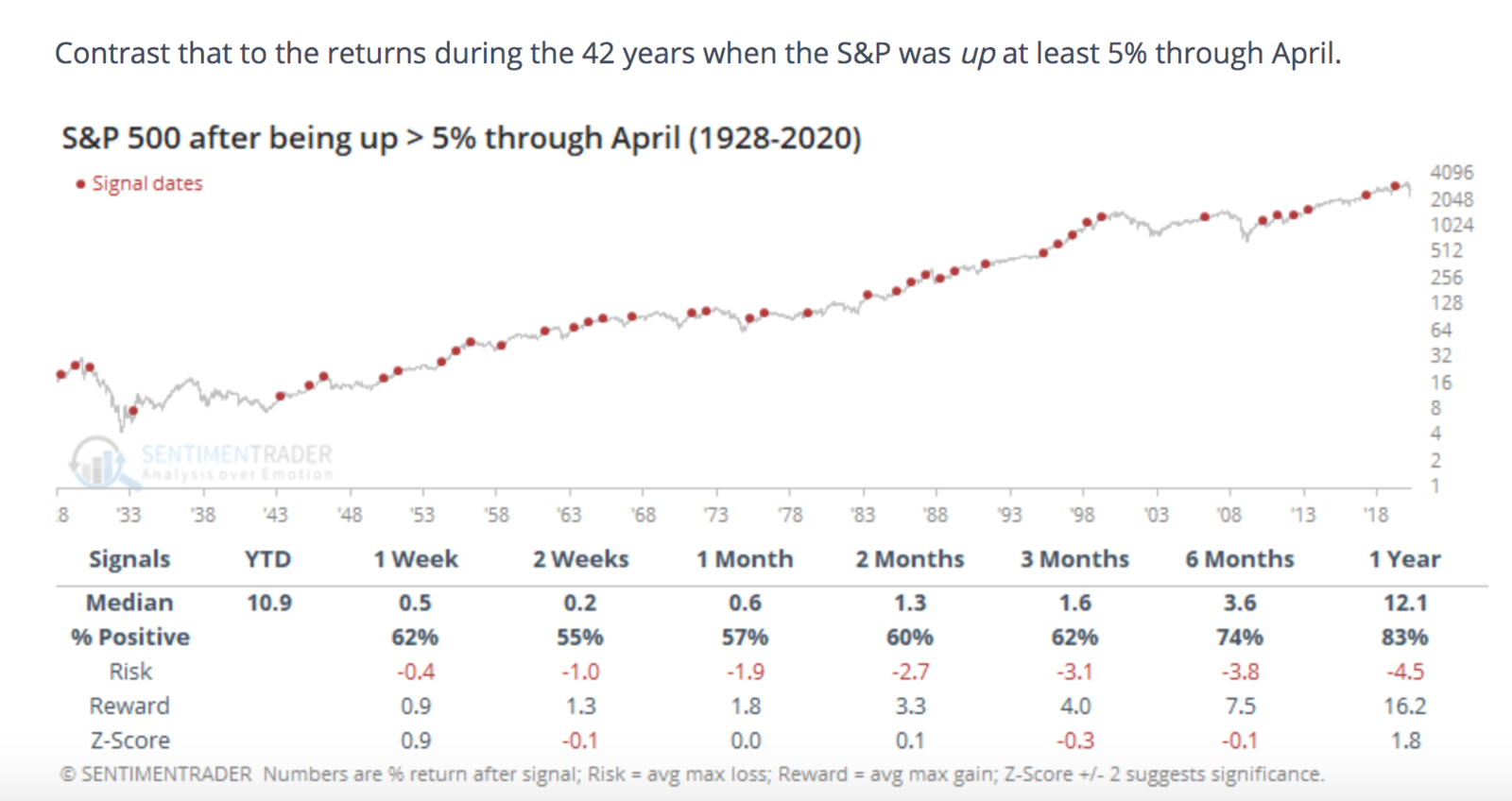 It was a thing last year too. 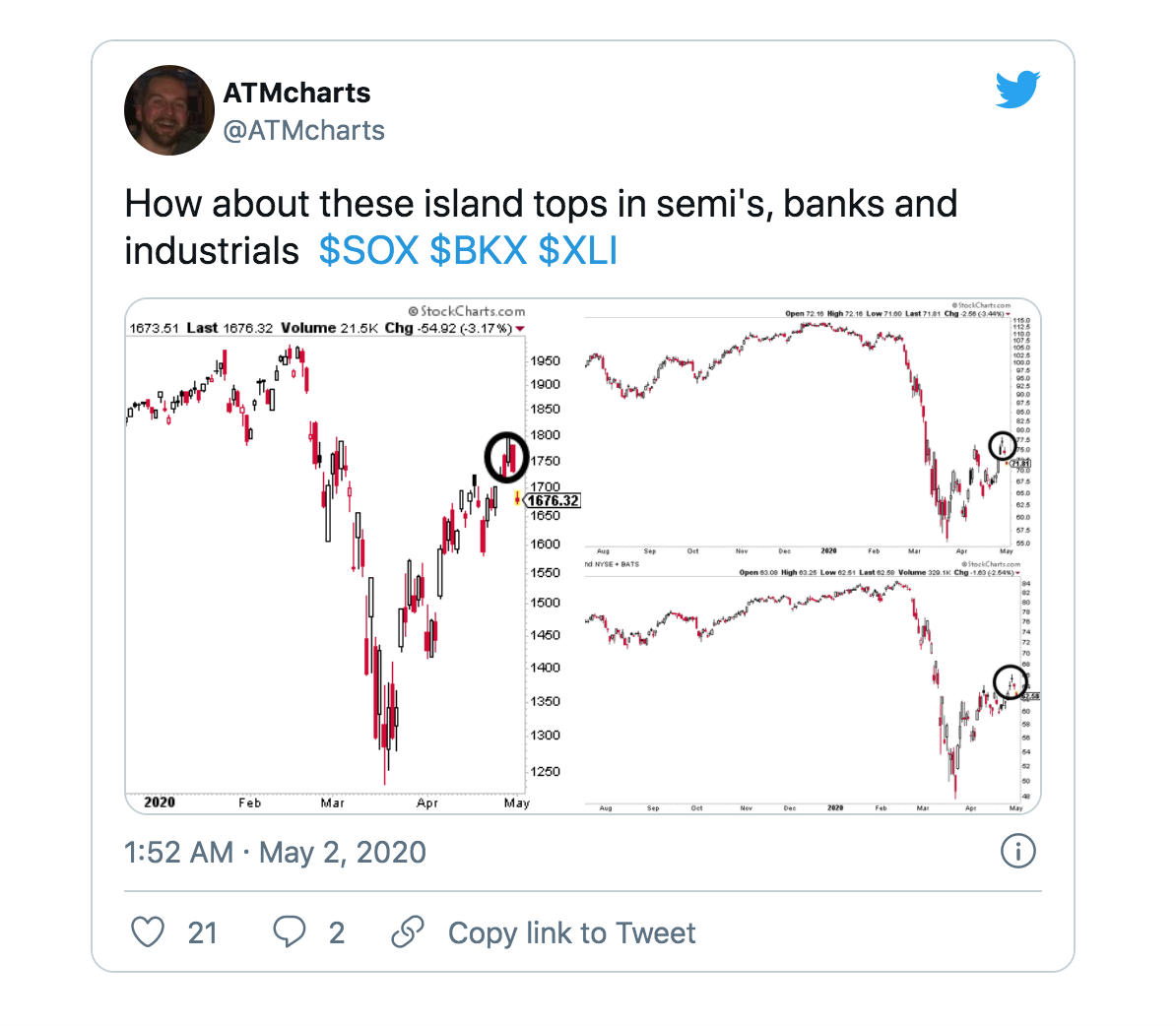 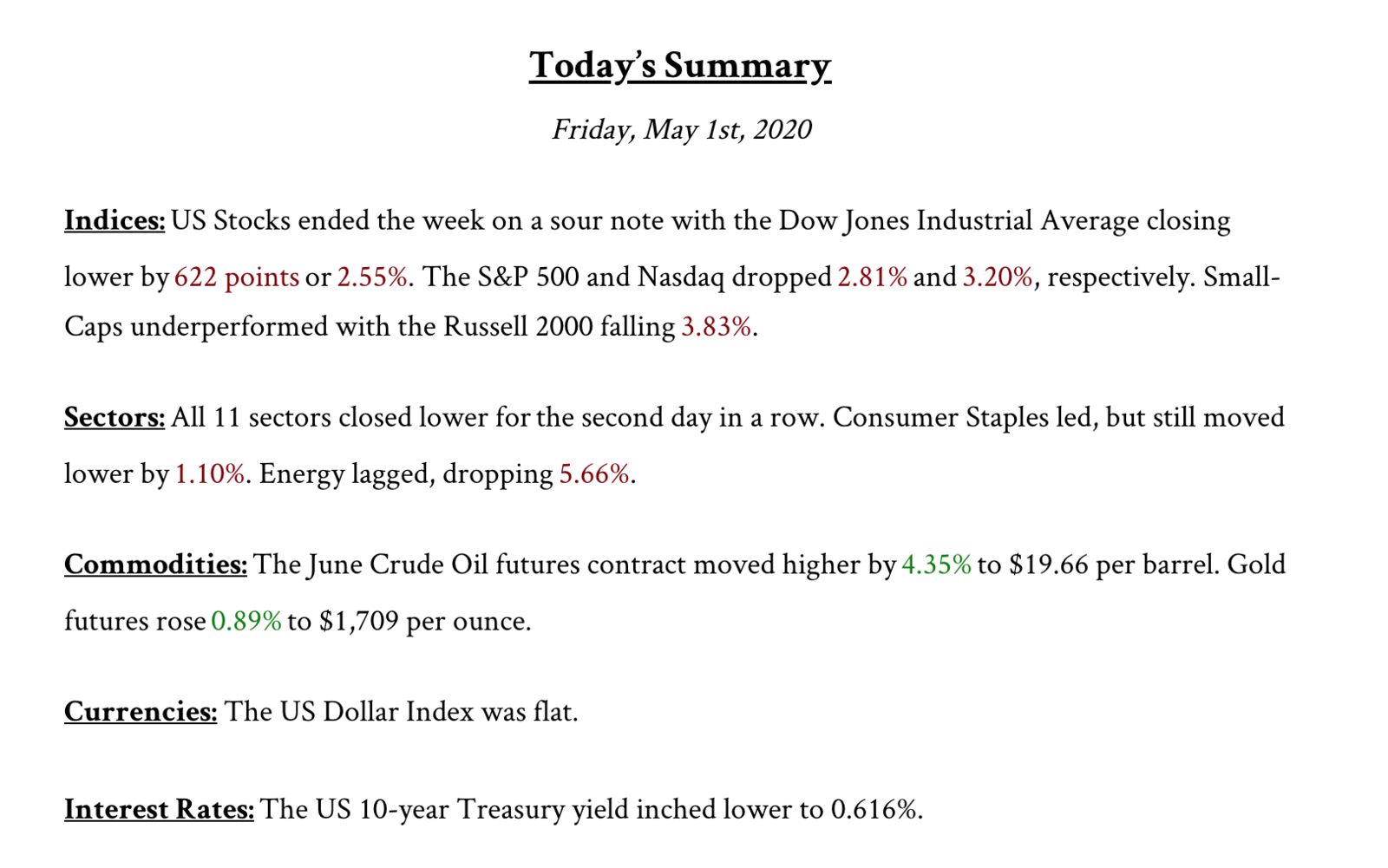 So back to this year: 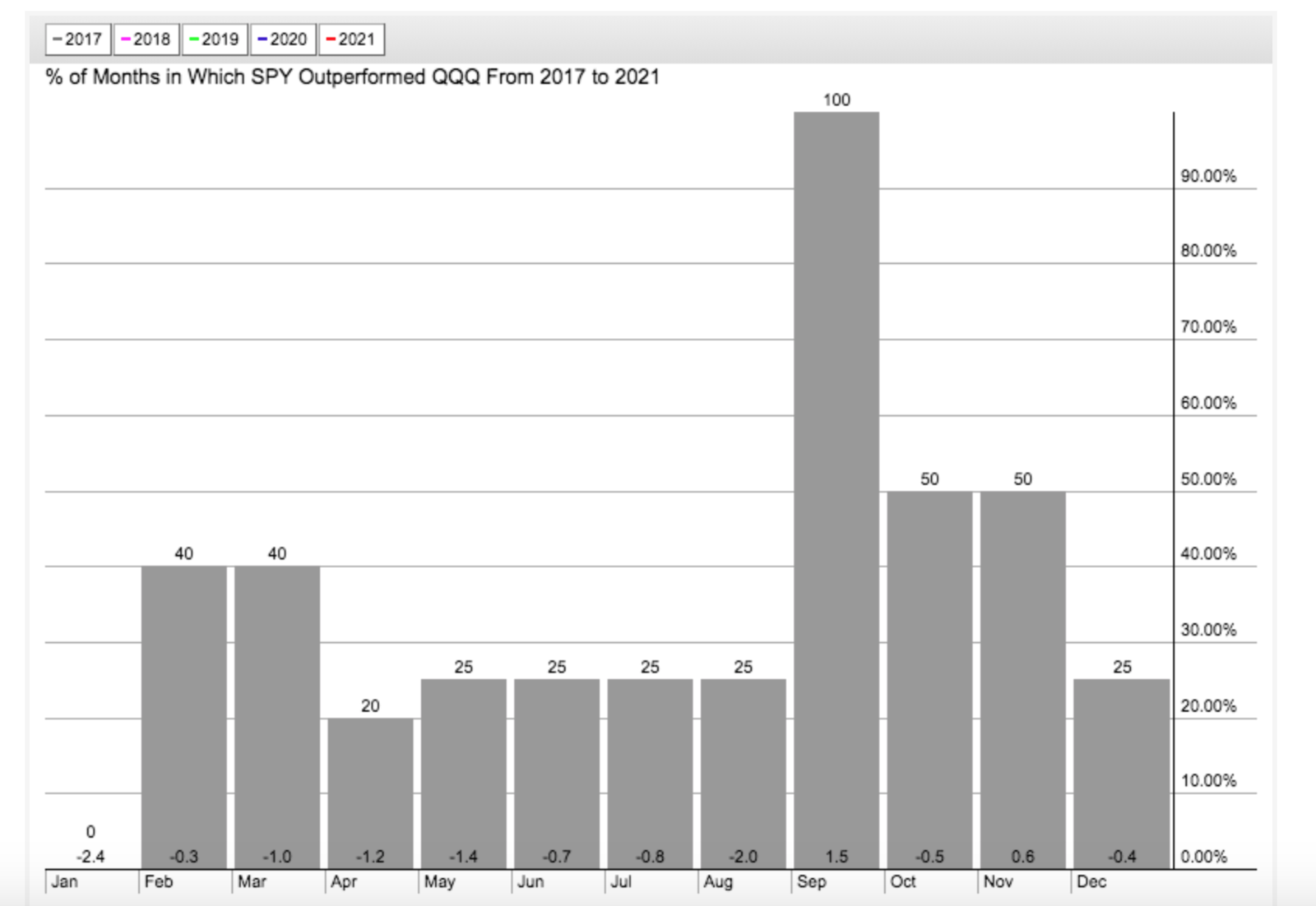 The market is vulnerable, especially after this last April.

The VIX is in dangerous territory. Just waiting to spike higher. 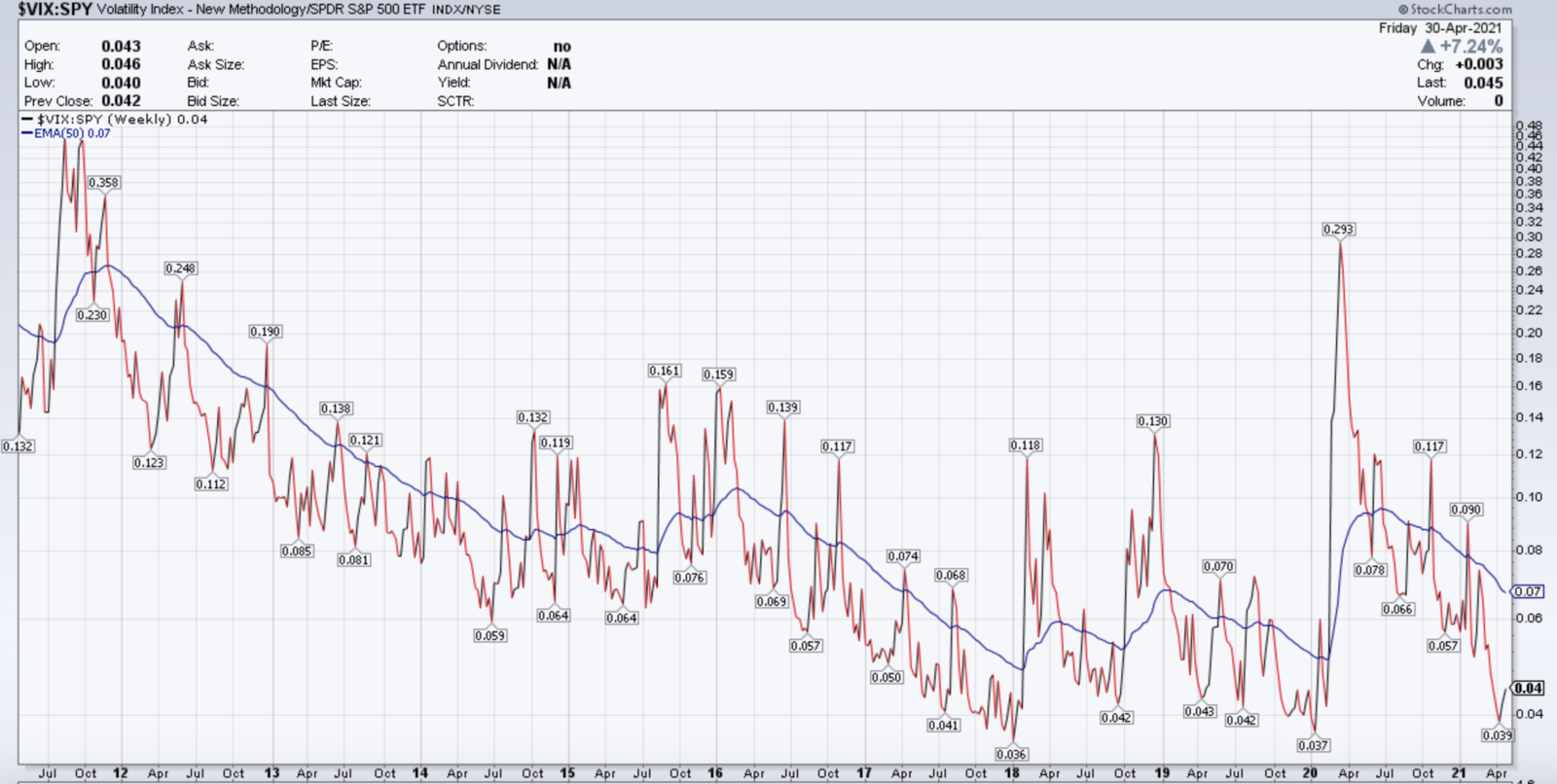 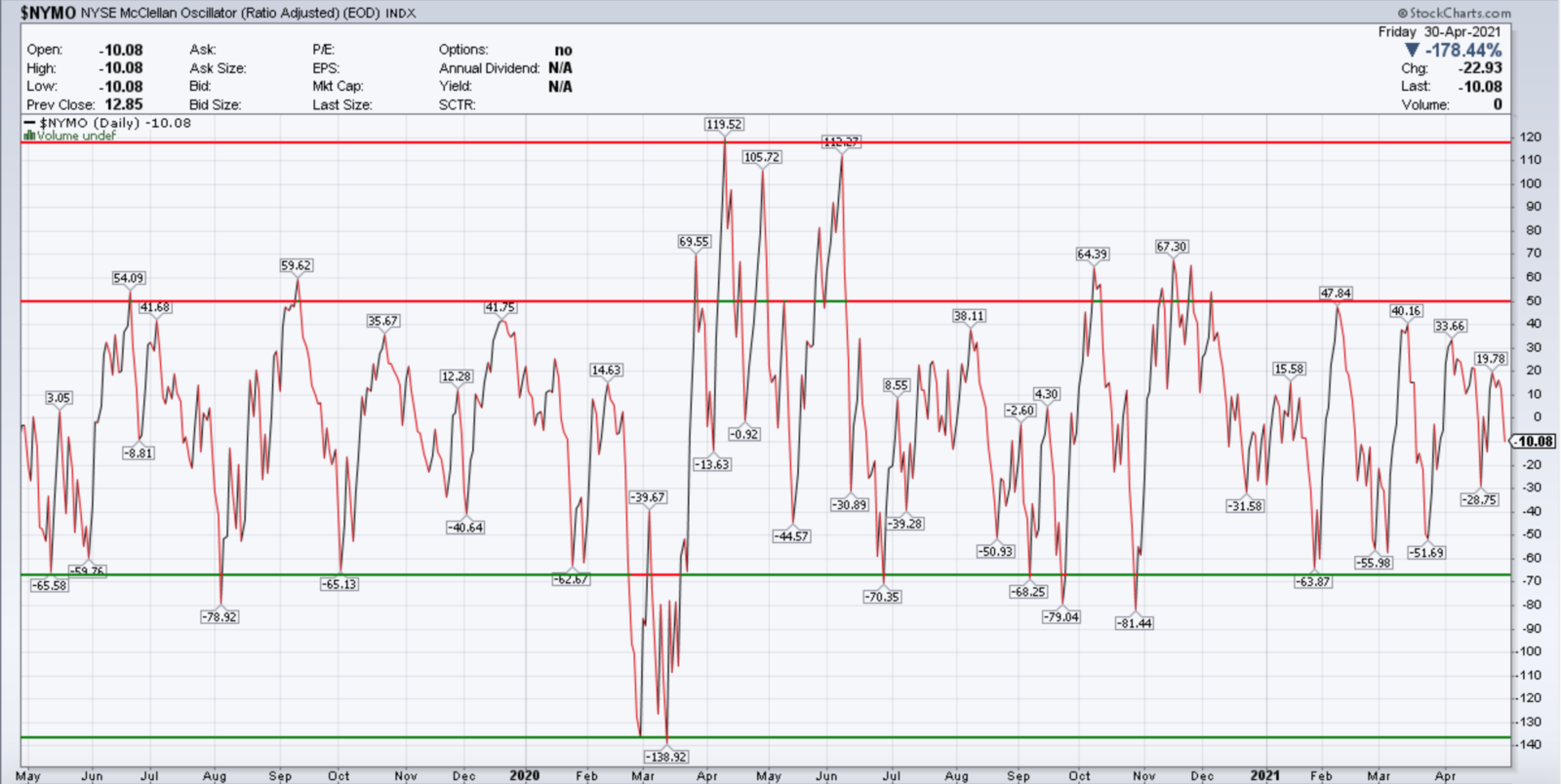 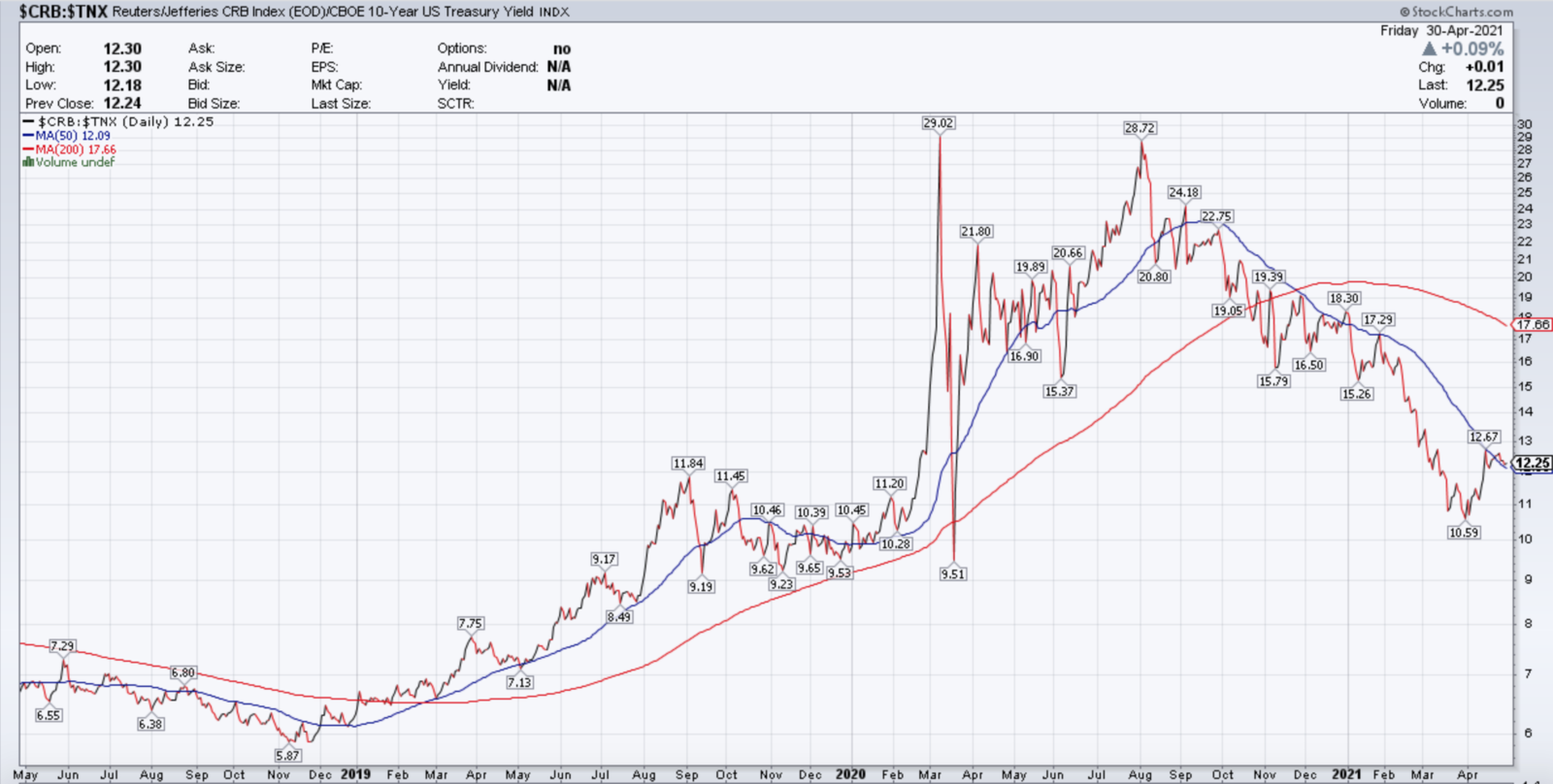 I spent the morning sorting out trades and making sure in the more vulnerable ones that they were hedged. You can see in the ‘Swing Trades’, there is a SPY short. That is actually a pretty major short, given the current weakness. Two of the new positions (TAN, NFLX) have suffered heavy sell-offs already and should fall less in a broad sell-off. I was going to add a lump of commodity exposure, but the markets closed before I got round to it.

Anyway, the point is: markets were really pathetic this last week. There were blow-out earnings from AMZN etc, yawn. Were they ‘priced in’, who knows. But when earnings come in x3 above expected and the stock sells off….sh*t ain’t right.

Whether or not May is a clanger, just beware, this is now very much a shoot first ask questions later market.