The past week has brought about a re-think of market expectations over the economic outlook, with consensus reflation trades taking a hit as optimism over lofty growth forecasts begin to dwindle. Among factors prompting the re-pricing has been the rising concerns over the spread of the Delta variant, slowing economic activity in China, alongside the recent US ISM Non-Manufacturing PMI figures dipping from elevated levels.

China Cuts RRR: At the time of writing, the PBoC has lowered the reserve requirement ratio by 50bps, which will effective as of July 15th, releasing long-term liquidity of around 1trln Yuan. In reaction to the move, USD/CNH briefly tested the 6.50 handle, however, given that the rate cut had been widely touted over the past week, the move had been muted. Elsewhere, both the Aussie and Kiwi have picked up in response, although, the sustainability of the move will likely depend on whether equity markets can remain stable. That being said, with the RBNZ monetary policy decision in focus next week and with several calls from local banks bringing forward rate hike forecasts to as soon as November, the Kiwi may edge closer to the 0.7000 handle in the run up to the meeting. 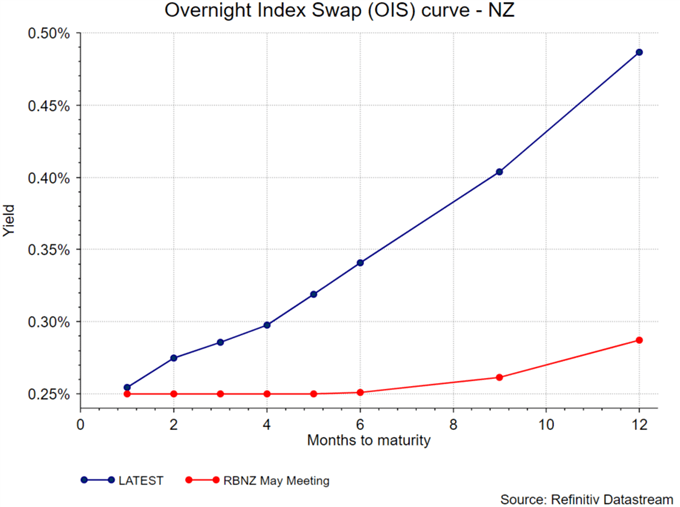