AMC shares like most others are pretty steady ahead of the big Jackson Hole jamboree on Friday. Well pretty steady for AMC but the shares are still giving up some recent gains. Ahead of the meeting which is not actually a meeting but a virtual shindig this year, thanks covid, the market has taken most bets off the table and traders are not prepared to gamble too much on the whims of Central Bankers. The taper is on and in the minds of all which is probably a good thing as it has to happen sooner or later. The Fed cannot keep expanding its balance sheet forever. But it is the speed and significance of the taper that investors will be focusing on. Central Banks since the 2008 financial crisis have become very adept at telegraphing their intentions to the market well in advance so as not to spook them. The era of the surprise rate move appears to be over. So if Jackson Hole follows the recent trend then the taper is likely to come up for a mention and investors will be reassured that it will not happen too soon.

Meme stocks have benefited from risk being back on earlier in the week but this has now switched to book closing. Meme stocks had been quiet as earnings season took the attention as did Bitcoin heading back to $50,000. Now earnings season is out of the way so all that is required for further meme rallies is a calm Jackson Hole event and risk will be back on. Watch Bitcoin for further clues. There is a strong negative correlation between Bitcoin and meme stocks.

Nothing of note to change the bullish sentiment just yet even though the stock was down 3% on Thursday. A nice strong red to green move sees the Apes strong and back in charge!  A meek move on Wednesday but a small positive in making a higher high than Tuesday. Taking a slightly more detailed look at the hourly chart shows us that AMC can push higher once it gets through $50. Volume is light between $50 and $58 so the move should push on to $58. This is the point of control since June, the price with the highest amount of volume and so will likely prove a resistance level. $40 remains the key support, above $40 bulls are in charge. 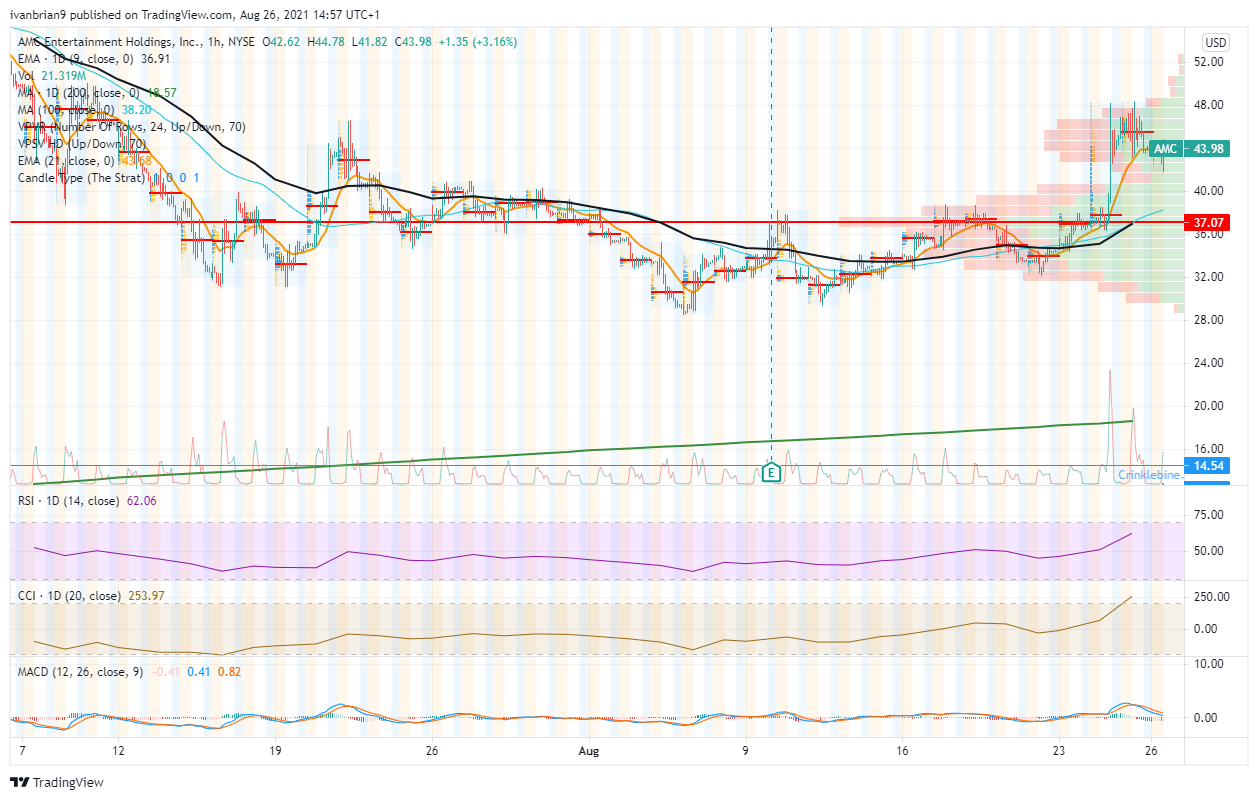